“He Would be Humbled and Honored” 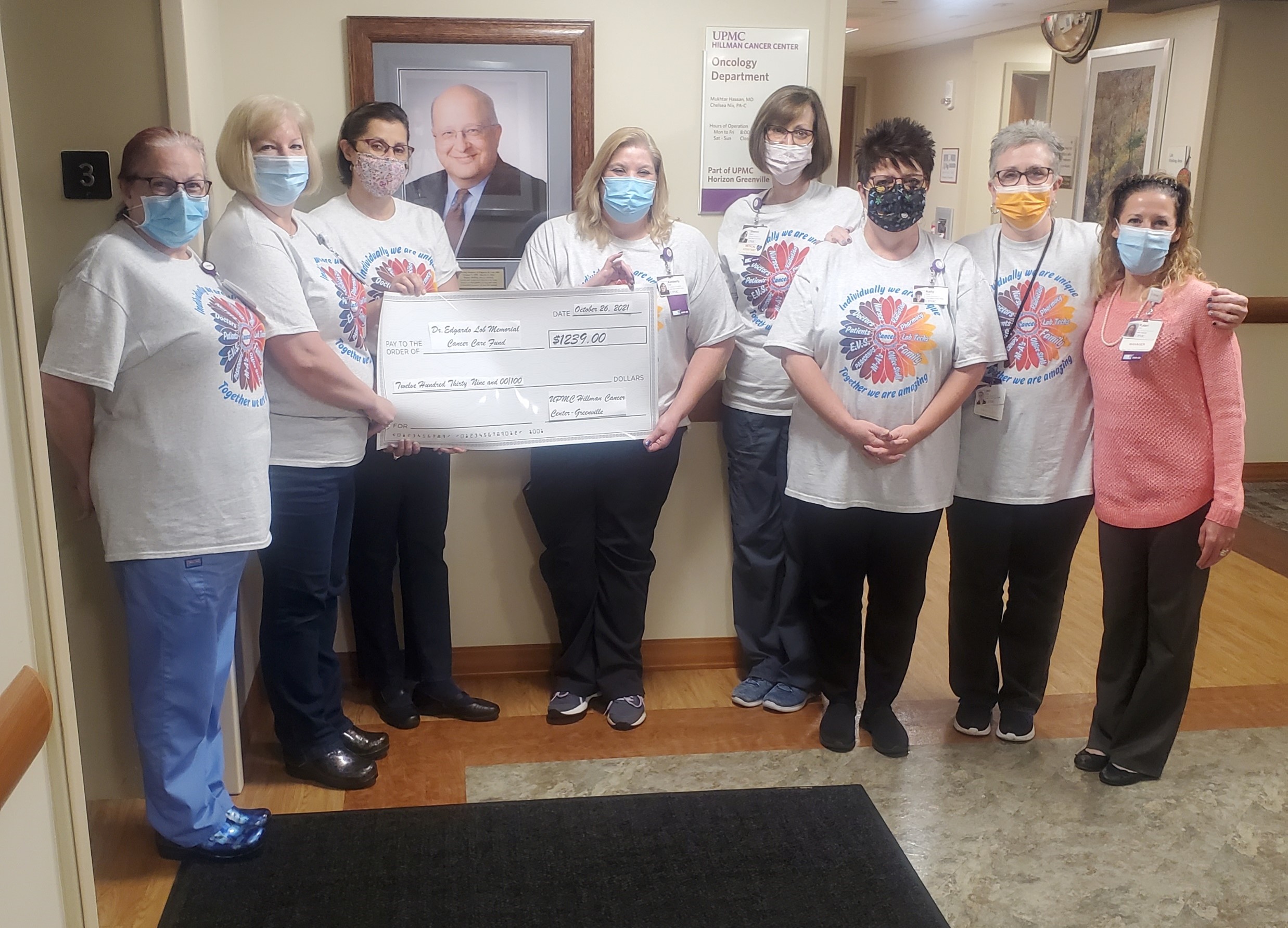 The memory and legacy of Edgardo Lob, MD, continues to live on through the fund which now bares his name.

The Dr. Edgardo Lob Memorial Cancer Care Fund, an initiative of the UPMC Horizon Community Health Foundation, is named for the beloved physician who passed away in March. It supports cancer patients being treated locally through the UPMC Hillman Cancer Centers at UPMC Horizon providing items such as gas cards and groceries.

Dr. Lob was known for his personable and caring manner, and he enjoyed working with his patients and fellow health care providers. Several of his colleagues recently were present when a $1,239 check from T-shirt sales was presented to Dr. Lob’s widow Renata, who is now a member of the fund’s committee.

The shirts were the idea and design of Kim See, patient financial coordinator. Kim came up with the idea of selling shirts about a year ago but was unsure what to do with the proceeds from the sales until the fund, named after Dr. Lob, became her obvious choice. Kim worked with Dr. Lob since 2014 and she remembered the days when he would pick up sundaes during lunch for the entire department, bring in a cake when it was somebody’s birthday, and have conversations with him about a variety of topics not related to work.

Renata, who still lives blocks from the hospital, said her husband dedicated his life to his patients and the Greenville community for 30 years.

“He would be very humbled and honored that his patient care legacy is continuing,” Renata said. “He did his work from his heart, and he had a great sense of humor.”

She said he had a gift, being able to raise the spirits of his patients and have them laughing even during some of their most difficult times. “I don’t know how he did it,” she said.

Through Kim’s efforts, they got the shirts printed over the summer and around 70 were sold. She plans to make it an annual effort and she already has ideas for the next round of shirt sales. And they plan to keep their strong relationship with Renata.

You have Successfully Subscribed!