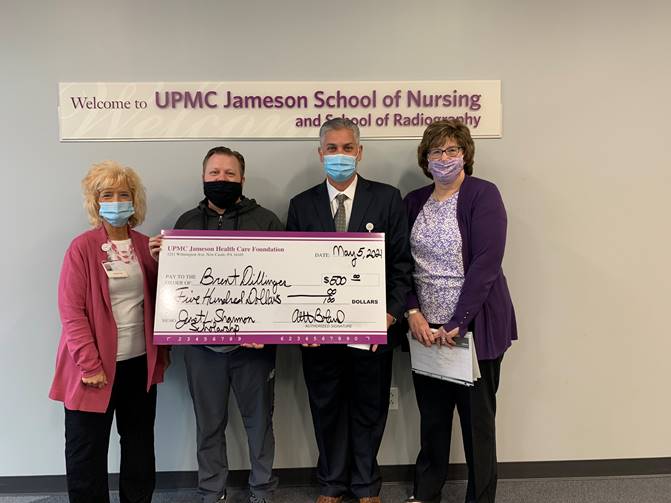 What an honor it was to present the $500 Janet L. Shannon Scholarship to one of our UPMC Jameson School of Nursing Students! This scholarship is awarded in honor of  Janet L. Shannon who touched the lives of students throughout her career.

The recipient is Brent Dillinger who will be entering his second year this fall. Brent was working as a monitor tech at Hoag Hospital in California when he realized he wanted to further his healthcare career. In his essay, he wrote, “I realized in the nursing role you can make the most impact in patient care because you are working directly with them.” He and his family moved to the Pittsburgh area and he was accepted into the UPMC Jameson School of nursing where he is pursuing his dream career of nursing. He plans to work in the ER once he receives his RN diploma.

You have Successfully Subscribed!